I have bought an Android phone to test some of the apps that I use on my iPhone. So far, I have found that several of the iphone apps I like to use are available on the Android phone, so it looks (on the face of it) that you could choose the iphone or an Android phone. There is more to it than that, but for what I paid for the phone, it does a lot. 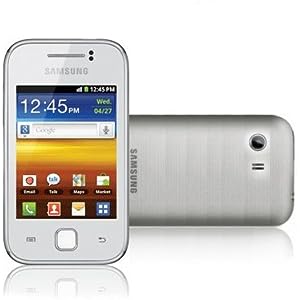 I have an Android Tablet running 2.2 and i do not like it al all. This phone is another story, it works well. 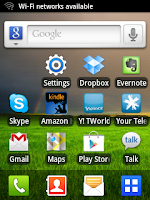 The Android market allows you to find and download thousands of apps. I found I could quickly locate all the apps that I was used to using on my iPhone. These apps (Kindle, Skype, Evernote and Dropbox) are indispensable for my work, and to be able to download them to my cheap smart phone means I could run my business, even if I lost my other phone.

I have had arguments with people that say the Apple ecosystem (Mac/iPad/iPhone/iCloud) is a closed system, and does not play with others, whereas the Android ecosystem is an open system. That is not quiet true. Calendar, Contacts, emails, photos, and a lot more sync well using the Apple system, but if want to use Apple for your emails and Google for the calendar, you can do that. I find with the Android phone, it like to work with Google and nothing else. If anything, it is more of a closed system than the Apple way, but if you use gmai, google calendar and google+ you will be happy with an android phone.

This phone has voice search, and voice dictation built in.