Columbia, Md. (Oct. 5, 2010) – Nemetschek Vectorworks, Inc. announced today that PanzerCAD has released the 2011 version of its CameraMatch plug-in to be compatible with the Vectorworks® 2011 line of software products.

The CameraMatch 2011 plug-in allows a user to easily align a 3D model view to a photograph. With this plug-in, a user can also superimpose the rendered model into the photograph, saving time by eliminating the need to spend hours creating models of a project’s surroundings.

That is the extract from the press release. I must tell you, I’m a real fan of CameraMatch and I’m glad that the developer, Matt Panzer, has updated this fabulous plugin for Vectorworks. I have used this plug in on some projects and it has saved me hours of work. It saves hours of work on every project that you need to visualize.

One of the new additions to CameraMatch is the clone mode. This allows you to clone an area of the photograph to hide parts of the existing photo that you need to remove. I have an example from Matt Panzer. 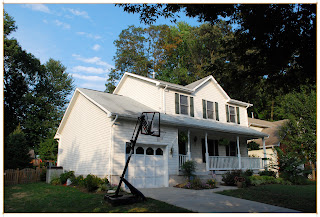 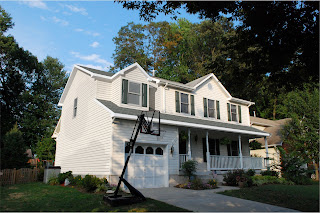 Proposed Vectorworks model with additions. CameraMatch makes this work so easy. You don’t need to model the whole house when you you CameraMatch like this. 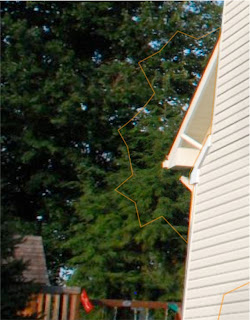 There is a small area of the existing photo that needs to be removed from the back of the house. The new clone mode allows you to copy some of the background of the photo. 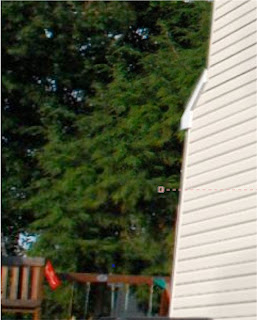 When you use this, you can hide parts you do not want to see. This is so quick. I used to do the same thing in photoshop, but it was always hit and miss to get the right area.


I have some clients that need to do this kind of rendering. I always tell them ” you can’t afford NOT to have CameraMatch”


Maybe I’m not being clear, CameraMatch means you only have to model the NEW parts of the project. You do not have to model everything if you can photograph the scene. The savings are enormous.


Back to the press release…


Some of the new features in CameraMatch 2011 include:

Mask Object’s New Clone Mode
The feature allows a Mask object to shift the photo image it displays, which lets a Mask object behave similar to the Clone tool in many image-editing applications.

New Shadow Object
The new Shadow object allows shadows and shading to be placed over the rendered image, eliminating the need to export to an image editor for adding simple shadows.

Other New Features
CameraMatch’s more efficient use of image resources greatly reduces file sizes. Mask and Shadow objects automatically clip any parts of themselves extending past the viewport’s crop.

CameraMatch is currently available in English, and German and Italian versions are planned for later this year.

Located in the Baltimore/Annapolis area of Maryland, PanzerCAD has developed plug-ins for Vectorworks software since 1995 and provided architectural design/presentation services since 1994. Learn more at www.panzercad.com.